I was very excited to be a sponsor of the Ducks Unlimited Inaugural European Pheasant Tower Shoot this year that took place on December 5, 2020, that was hosted by Opex Technologies at Opex Farms in Hurdle Mills, NC. I would like to thank everyone who joined us to make this event such a success!

This fundraiser was a more socially-distant variation of the annual banquet that I was able to sponsor last year. 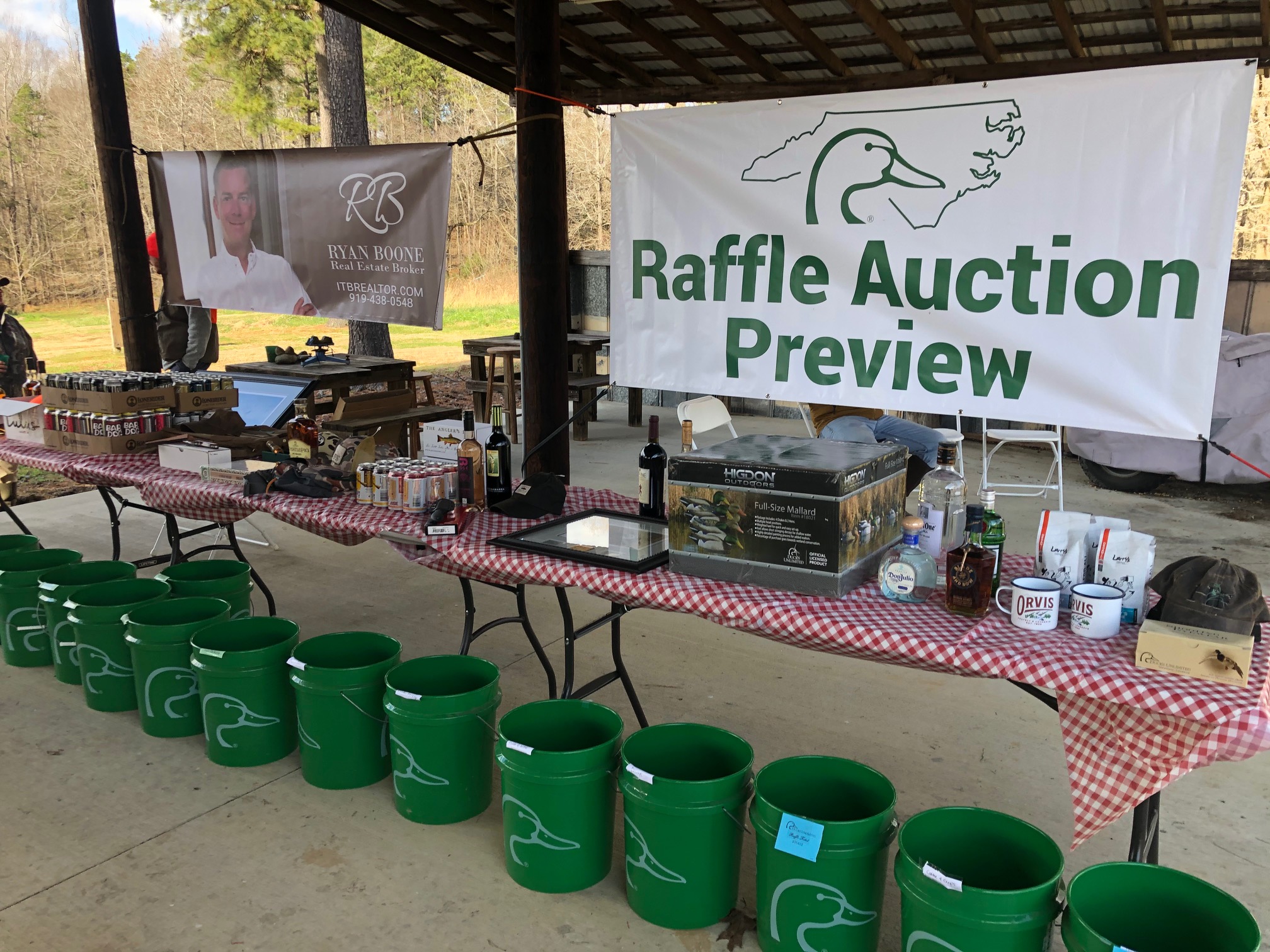 Though they had to keep the numbers small, we still had a great time and were able to raise some money for a good cause.

Proceeds from this year’s event went to Ducks Unlimited for wetlands conservation efforts that do much more for our coastal ecosystems than simply help the everyday hunter. To date, Ducks Unlimited has allocated more funding to support conservation projects in North Carolina than the state has raised in fundraising efforts alone.

Ducks Unlimited is the world’s leader in wetlands and waterfowl conservation. DU got its start in 1937 during the Dust Bowl when North America’s drought-plagued waterfowl populations had plunged to unprecedented lows. Determined not to sit idly by as the continent’s waterfowl dwindled beyond recovery, a small group of sportsmen joined together to form an organization that became known as Ducks Unlimited. Its mission: habitat conservation. Ducks unlimited conserves, restores, and manages wetlands and associated habitats for North America’s waterfowl. These habitats also benefit other wildlife and people. Learn more at Ducks.org.

There are lots of virtual events planned for the new year! DU events, whether online or in-person, are always fun and more importantly, the revenue generated from these events is critical to their mission and the future of waterfowl hunting. If you have any questions about Ducks Unlimited, I would love to talk to you more. Email me at Ryan@HudsonResidential.com.

UPDATE: UNDER CONTRACT IN 36 hours. Call me if you are looking to buy or sell!Check my beautifully updated new listing in Chapel Hill! Contact me directly if you would like a private showing.triangle.paragonrels.com/publink/default.aspx?GUID=a6cdc7c6-be97-4f2d-ae9d-00154cd634e2&Report=Yes ...

My teammate, Annie, always gives me the best gift ideas like, "The December Bucket Box", from The Rusty Bucket! If you are looking for a last-minute gift, check them out at buff.ly/2K7iks9. ...

"We’d highly recommend Ryan to anyone looking to sell or purchase a home in the Raleigh area! Ryan patiently guided us through both the sale and purchase processes and we couldn’t be happier!! On the sale side, our house was under contract, (and above list price!) the very first day of showings! Ryan handled the offer process sooo smoothly and ensured we got top dollar for our house!! On the purchase side, Ryan made himself available to accommodate our many, many, many requests to see homes basically as soon as they hit the market. When we finally found “the one”, Ryan helped us successfully submit an offer and purchase it very quickly. We just closed on our new home and are so grateful we had Ryan’s guidance through this selling & buying process! He was responsive, knowledgeable about the market and both existing homes and new construction, and held our hand every step of the way to closing. Choosing another agent would be a big mistake!! Thank you for everything, Ryan!!!!” - Mary S. Whether you are looking to buy or sell your home, I would love to help! I thrive on being out in the market, representing buyers and sellers all over the Triangle. Give me a call at 919-438-0548 or email me at ryan@hudsonresidential.com today! ...

My new Saturday (or should I say, "every day that ends in 'y'"?) spot! If you have not been to the new Lonerider at Five Points, head there this weekend and tell them this Outlaw sent you! Get the details on the new Hideout at buff.ly/3oY3Rh8. ...

UPDATE: UNDER CONTRACT IN 36 hours. Call me if you are looking to buy or sell!Check my beautifully updated new listing in Chapel Hill! Contact me directly if you would like a private showing.triangle.paragonrels.com/publink/default.aspx?GUID=a6cdc7c6-be97-4f2d-ae9d-00154cd634e2&Report=Yes ...