My friends at Lonerider have done it again! They have come out with North Carolina’s first Ranch Water and let me tell ya, it is good. 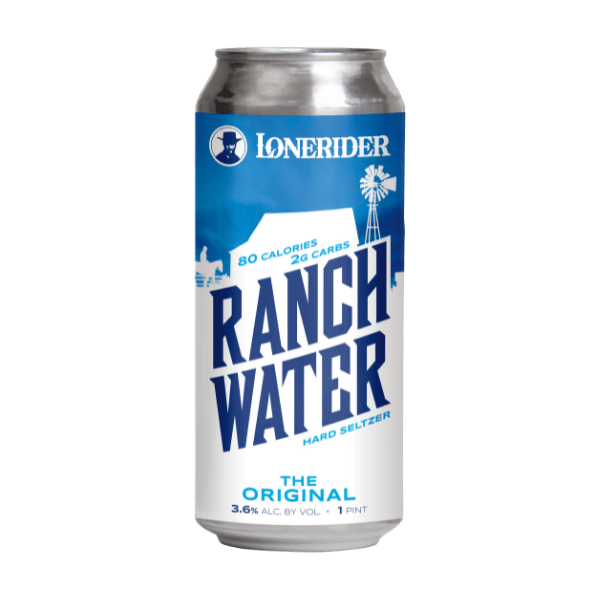 If you aren’t familiar with Ranch Water, now is the time to go to Lonerider and have a drink. Ranch Water was raised in West Texas but it has found its new home in Raleigh. It’s made with agave, lime, tequila flavoring, and a touch of salt. This is the original style that got it all started. There is also the Jalapeno Pineapple which is like the Original but with a kick! They have added artisanal jalapeno and lime flavoring to add a little extra kick. The best part about this drink is that it’s only 80 calories, 4% ABV, and has only 2G of carbs. It’s also gluten-free!

Ranch Water can be enjoyed anywhere because they put it in a can. Go out and find it in stores this November. Once you try it you have to let me know what you think! If you aren’t already sold on it check out this feature in Raleigh Magazine.

Lonerider opened its doors in Raleigh, North Carolina on January 23rd, 2009 with a beer and a dream. Today, Lonerider is distributed in nine states and is counted amongst top 150 breweries in USA. An Inc. 5000 and CED Top 25 winner, with an eye for quality, Lonerider crafted each of its beers with the highest quality ingredients. As a result, Lonerider has a portfolio of award-winning beers, including medals from the Great American Beer Festival.

I hope everyone has a Happy Thanksgiving! 🦃 ... See MoreSee Less

The market is still HOT but I am here to help you not sweat when the house of your dreams gets multiple offers. Check out my latest blog post at buff.ly/3cFdQnc to learn more! ... See MoreSee Less

The market is still HOT but I am here to help you not sweat when the house of your dreams gets multiple offers. Right now, most homes are getting more than several offers because of the supply and ...
View on Facebook
· Share

“Ryan was a complete joy to work with! He knows the market inside and out! Our house sold in ONE day and we could not have been happier about the entire experience!" Robyn W. – RaleighFor more testimonials head to: buff.ly/3nlwXZB. ... See MoreSee Less

Nick F. – Raleigh “I would recommend Ryan to anyone who asks. He was knowledgeable, transparent, and very reassuring during this process. Navigating this tough of a market takes someone...
View on Facebook
· Share

We sure do have some gorgeous homes in Raleigh! If you are looking to buy with a budget between $700k and $1 million, check out this search at buff.ly/3oChSSS. Let me know if you have any questions. Give me a call at 919-438-0548 or email me at Ryan@HudsonResidential.com. ... See MoreSee Less

Did you see the news about Renaissance Park? The HOA reversed the decision and will allow current renters to stay in their homes. See the full story at buff.ly/3nlz7IH. ... See MoreSee Less

The homeowners association for Renaissance Park, a neighborhood in south Raleigh, has switched its position and will allow current renters to stay in their homes.
View on Facebook
· Share

I hope everyone has a Happy Thanksgiving! 🦃 ... See MoreSee Less